Posted at 08:18h in Reviews, Toys and gadgets by cforc 0 Comments
0 Likes
Share

Robot Turtles is a board game for kids ages 3-8. Kids won’t know it, but while they’re playing, they’re learning the fundamentals of programming.

Robot Turtles has a sneaky way of teaching kids – as young as preschoolers – the basics of programming. Inspired by the Logo programming language, the goal is for kids to get their turtle to a matching colored jewel. While kids get to be the programmers and have all the control, grownups act as the computer, following commands and making all sorts of goofy bops and beeps along the way. And, since Robot Turtles is played offline, it also allows for some good old-fashioned family game time!

Every player (“Turtle Master”) takes a turtle and a matching deck of cards. Stack the cards face up on the table in piles, then build a maze for each player out of walls and a jewel. The youngest turtle master goes first, placing his first card down, then moving (or having his parent move) the turtle accordingly. As players progress, they build their program on the table; if they make a mistake, they can shout “Undo!” and debug it. 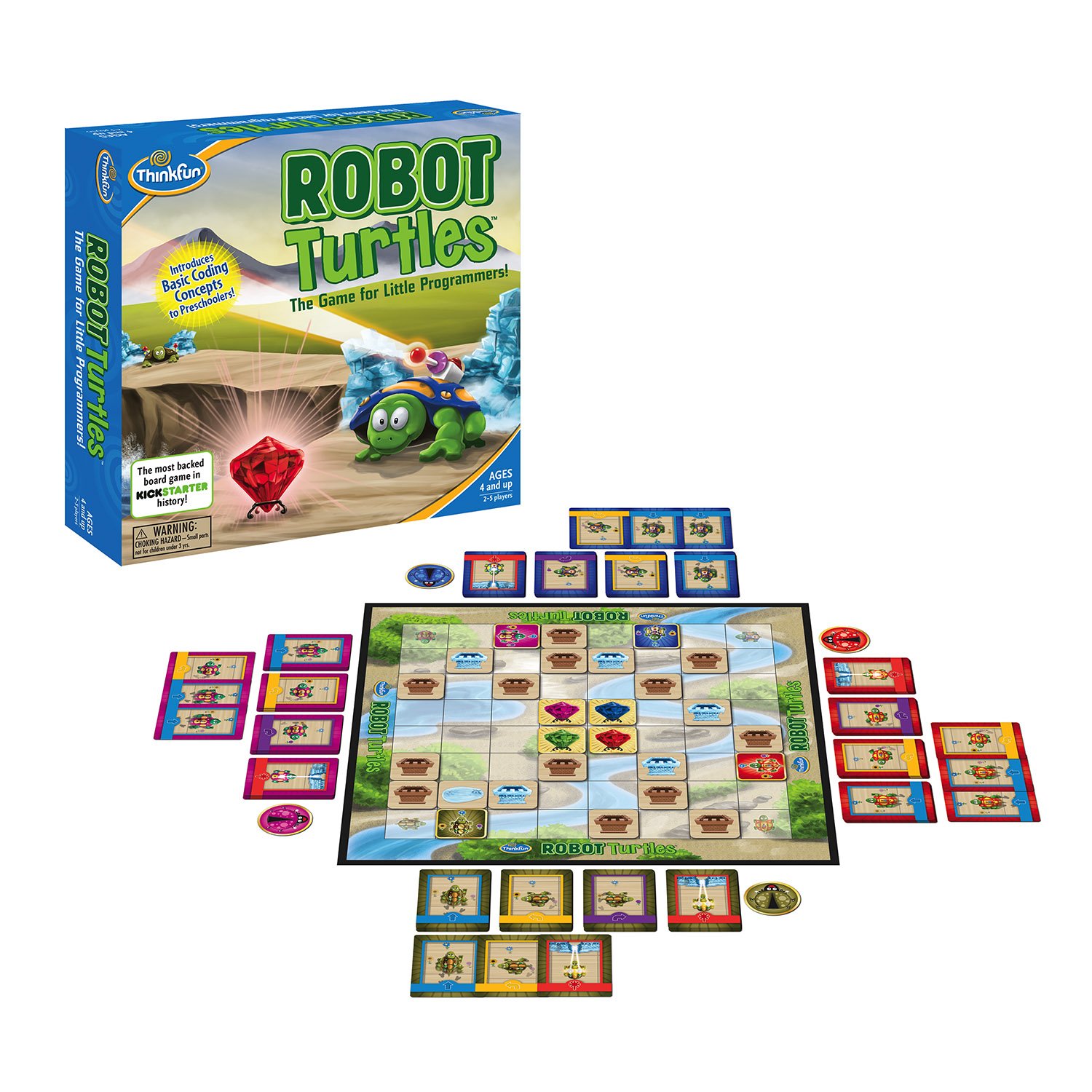 The board game is designed to teach basic programming principles via a series of instruction cards which move the players’ pieces (turtles) around the board. The basic object of the game is for players to navigate a maze and capture jewels but the gameplay is sneakily teaching them core coding fundamentals, such as using limited syntax to express complex ideas, getting a grasp on order of operations, and learning debugging by being able to undo instructions when they make mistakes. In other words: essential coding skills. The game also builds in more sophisticated gameplay layers by letting kids graduate from playing one instruction card at a time, to playing three at once and finally to ‘write a program’ — which lets them figure out an entire sequence of cards to play, and then debug it when it (inevitably) goes wrong. The final unlockable gameplay element is a card called the ‘function frog’: this allows players to write two programs — one for the turtle, one for the frog. In this scenario winning with the least number of cards becomes the objective. 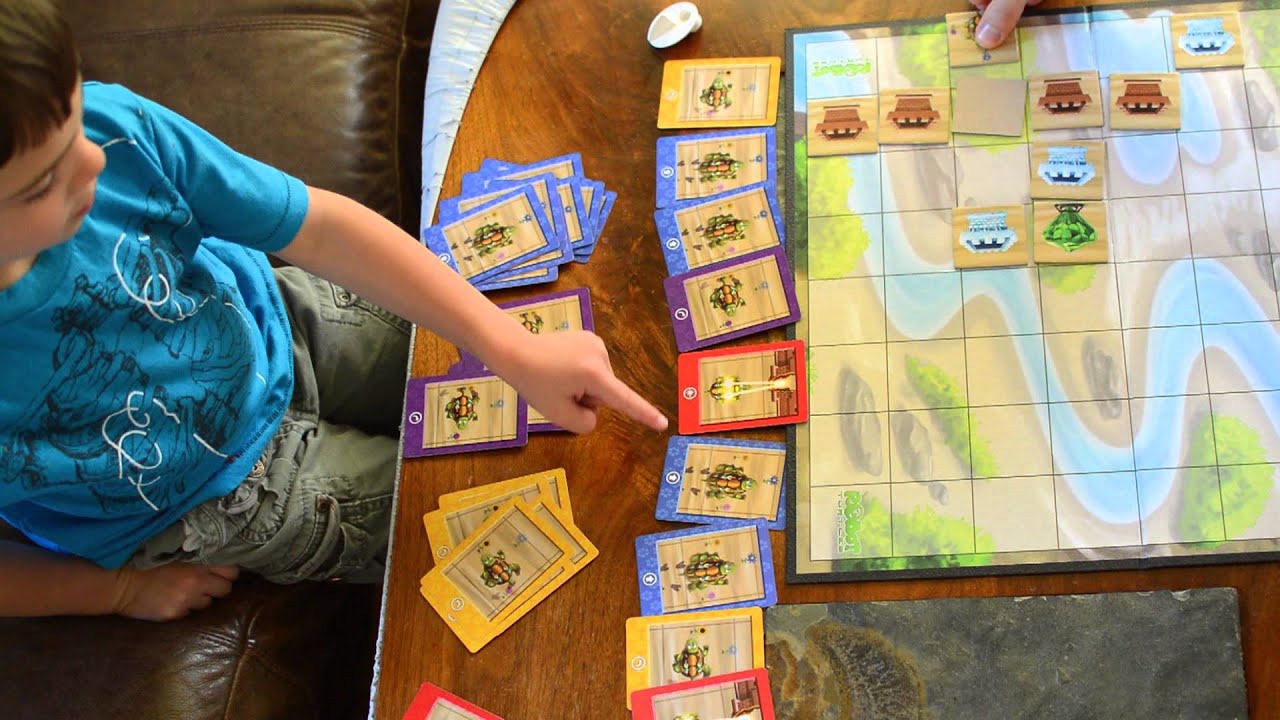